Regent's Place, Paddington Central, and Broadgate, in collaboration with Burrogrande Films are proud to present a two-part online premier screening of 36 Voices, 6 Cities followed by conversations with inspiring women and live performances.

Cathy Hassan, Producer and Director of Burrogrande Films, will continue to work on her documentary once travel restrictions have eased and it's safer to connect with women across the globe, looking to share their stories to not only inform, but to inspire and empower.

Hosted by Patricia Warton, this screening will be followed by a conversation with inspiring women including Anke Apfel and Claire Desenclos (contributors of the documentary) and will conclude with a spoken word performance by talented young poets – Miss Jacqui and Sagal Farah. 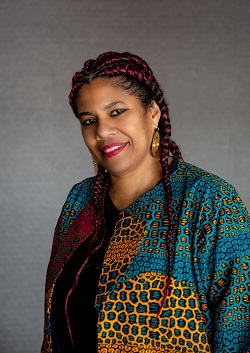 Cathy Hassan (Producer and Director) is a London-based photographer, filmmaker, producer, and creative director. She graduated from the University of London and went on to study Photography and Film, uncovering a rich visual language that has become her trademark. Cathy runs Burrogrande Productions & Films. 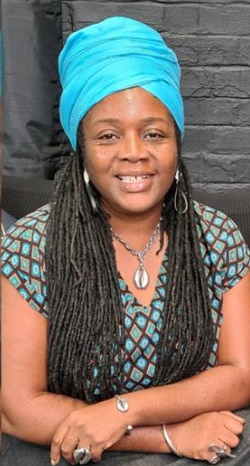 Patricia Warton (Host) is an advocate for change and empowerment. She has spent over 30 years working with children and families to ensure that they are fully functioning, caring, and providing the emotional and social support they need. As an advocate, Patricia began to regularly create and host events and retreats that provided individuals with the space to learn and grow. 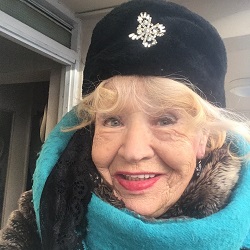 Anke Apfel has successfully worked as a professional singer, performer, writer, and promoter. When she came to visit London, she met with impresario Cecil Landeau, who encouraged her to take acting classes. After training as an actress, she later added singing to her talents, performing internationally and in several different languages. 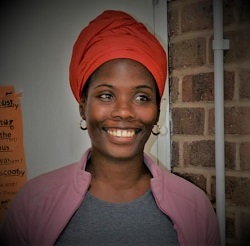 Adriana Lord is a singer and writer with a background in Medicine, Contemporary Dance, Event Production, and Theatre. She has been a co-founder of several choirs and theatre groups and has many vocal credits including soundtracks, commercials, and albums. She is also the lead singer in Son Guarachando (UK Afro-Latin Band) and Lo-Ke-Ba (a project by musicians from London, Brighton, and Nottingham). 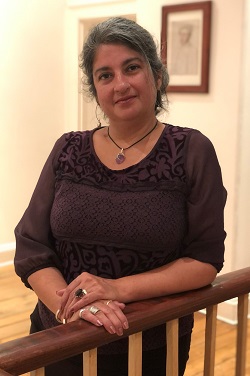 Benaifer Bhandari – (CEO of Hopscotch Asian Women’s Centre) Benaifer Bhandari came to Hopscotch from the world’s leading health organisation dedicated to women, La Leche League. She brought a passion for robust governance ensuring every action has reflected Hopscotch’s mission and insisting deeply that every disadvantaged woman coming to the Centre is offered support in a person-centred and trauma informed way. With reflective practice at the centre of her team, Benaifer has seen excellent staff satisfaction and retention, even in these challenging times. Under her leadership Hopscotch has steadied, set the seeds for growth and begun a steady expansion. 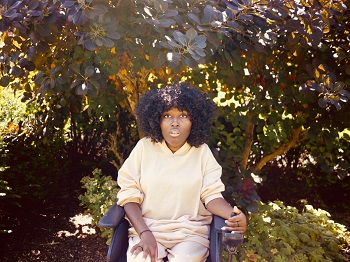 Miss Jacqui is a poet and songwriter, who knows a lot about working with the cards that you are dealt. Especially because she is someone who always tries to challenge societal perceptions, like what it actually means to be a Black woman with a disability. Miss Jacqui was thrust into the spotlight after a performance at the 2012 Paralympic opening ceremony. A wheelchair user herself, Miss Jacqui wants her poetry and music to help her listeners see the world differently, and inspire others to feel confident in being themselves. “When you are a minority in a minority, you have no choice but to stand out.” – Miss Jacqui. 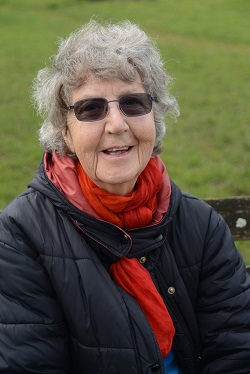 Claire Desenclos is a writer with a variety of work published to her name including two novels (Ten Seconds & Bombs and Wild Flowers) as well as short stories. She won the Lion d’Argent at Cannes Film Festival as an advertising copywriter. 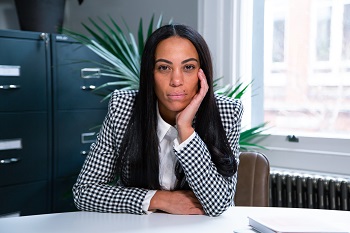 Grace Graham developed her business Workspa in 2016 with the support of The Prince’s Trust. It is a workplace wellbeing company that helps organisations improve productivity, work satisfaction, and employee wellbeing. Workspa has supported over 80 corporations across the UK since then. As an ambassador of The Prince's Trust, Grace has delivered talks about her life, overcoming adversity, and becoming a successful entrepreneur. 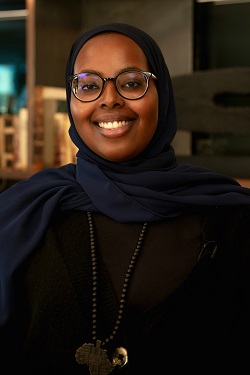 Sagal Farah (Panellist) is a spoken word poet. She aims to create awareness through her poems and writes about social issues including immigration, youth crime, poverty, and gender issues. She is a published poet and has also had her work appear in exhibitions. Watch this video of Sagal performing. 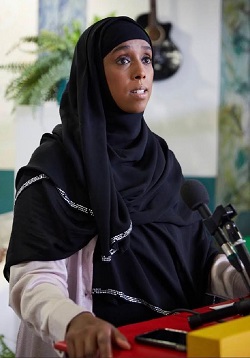 We encourage you to invite and share this celebration with your colleagues, family, and friends. 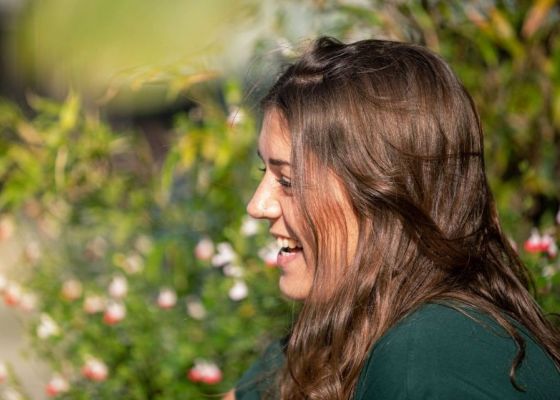